It’s about that time when I like to make some forecasts for the year ahead. I am happy to report that last year’s predictions were pretty much on target and the M&A marketplace continued to run strong throughout the year.

One thing I did not predict, however, was a Donald Trump presidency. We generally expect elections to create uncertainty, but the markets have responded in a positive manner. I believe the M&A marketplace will follow in kind with a productive and active year ahead.

Here’s what else I see coming.

Trump’s tax plan includes significant tax cuts for businesses and high net worth individuals. If tax cuts go forward, I think that will be a triggering event for more Baby Boomers to sell.

On the other hand, the more businesses that go on the marketplace, the less leverage sellers have. So while tax cuts are favorable to sellers, they may also fuel an influx of businesses to the market, which will give buyers more options to choose from. It could also lower multiples a little bit but currently there are significantly more buyers (with a lot of cash) than sellers so it would take a lot to switch it to a buyers’ market.

While early analysts suggested that a Trump presidency could depress M&A due to market uncertainly, we haven’t seen much evidence of that yet. Business confidence appears to be running high, and we can expect consistent confidence and energy in M&A.

What’s more, a reduction in business taxes will free up capital, giving companies more resources to invest in acquisitions. Lower taxes, plus Trump’s plan to allow businesses to repatriate capital, could have many companies shifting money back to the U.S.

If the new political climate is more business friendly, as expected, buyers will see an opportunity for reduced risk, less regulation, and more capital to invest.

As I indicated a year ago, we don’t expect multiples to increase significantly before the next bubble bursts. We’re on a plateau and riding the high point of the curve for lower middle market companies.

The Federal Reserve raised interest rates in mid-December, and we can expect at least two more hikes in 2017. While every quarter point reduces business equity, the impact should be minimal, as long as the increases remain small.

All in all, unless we experience a significant global event or political confidence shifts in the U.S., we would predict that 2017 will once again be a good year in terms of both activity and business valuations.

Of course, it’s hard to foresee what Trump will actually do. While he does have the backing of a Republican Congress, he’s also predictably unpredictable. Any surprise policy shifts could trigger market swings. It’s a time of cautious, conservative optimism for now, and that bodes well for a continued bull market.

With more than 20 years in the Mergers and Acquisitions (M&A) industry, Scott is a recognized leader in the field, providing exit strategies, business valuations, and M&A advisory services to business owners in the lower middle market. He has successfully executed sales to domestic and international buyers, private equity firms, family offices, and strategic buyers. Follow DealCoach on Linkedin

Find out what your business is worth today with a DealCoach Business Valuation! 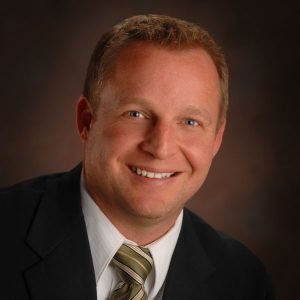